The proverb that tells of cobblers children being poorly shod of course refers to the irony that often those closest to a professional lack the benefit of their skill.  There are a number of reasons that this situation exists, one I am sure is simple economics.  As a self employed person there is a mindset that comes with the territory which is that time equals money, and as long as paying customers are there, any other distractions, work related or not can be weighed up against the lost revenue of earning.  Add to the mix other reasons like fear of letting customers down, the desire for appreciation outside of family, and simply the need to separate work life and home life……. Well I think they are all reasons, and ones that have had powerful sway over me for years, but they are also excuses.

I visited a some good friends of mine recently and noticed a hand made chess board in the corner of the room and was made by the father of one of my friends.  It touched me that her father had taken the care to make something that could have much more easily been bought, at least for it’s function alone, and that she had cared to take it with her through life.  Needless to say the function of the chess board was of minimal consequence in relation to his care and her care.

I had wanted to make a chess board for years.  Various designs came and went in my head, tables, boxes with chess board lids infinite mirror boards…. Seeing my friends board did make me think about my children and how sad it would be that my skills were used just to feed them when I have the abilities to give them something special.  My youngest daughter Florence likes to play chess, her ninth birthday was at the end of January this year.

One of the designs that was strongest in my mind was using Oak and brown Oak as an end grain cut for the squares and for the pieces.  It felt significant to me that the two opposing sides and squares alike were made from the very same species, and that it was simply growing in different environments that gave them a difference in colour.  The end grain was important to me as I know I can produce a deeper richer effect within each square than using the usual side grain, and by the correct cutting method I could work the growth rings and the medullary rays to balance the aesthetic of the board.  Medullary rays are one of the hidden gems inside some timbers, radiating out from the centre of the tree perpendicular to the growth rings they are use as a transport passage for water and minerals from the centre to the outer rings.  With a little knowledge certain woods can be cut in such a way as to expose these pathways visually, usually in side grain as silvery slices,  but in this instance in the end grain as fine dense lines. 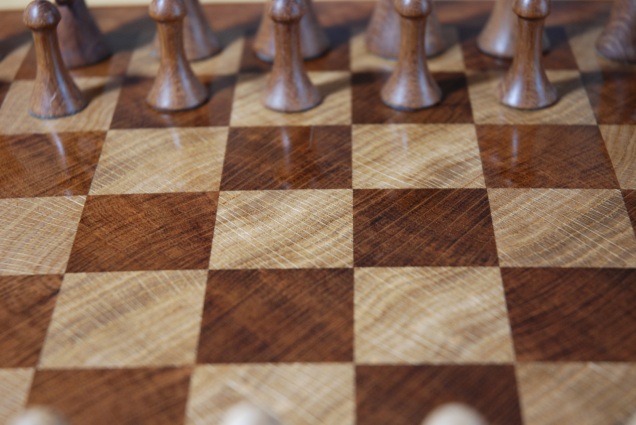 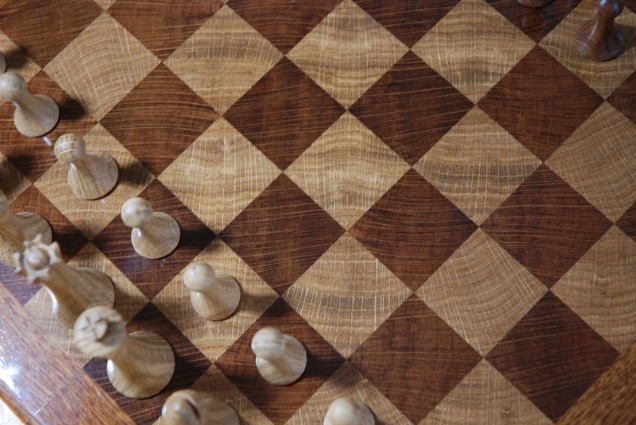 I couldn’t make a flat chess board.  Flat makes sense.  I wanted this board to be more dynamic, for the terrain itself to have crescendo.  I like the way it builds towards the centre, the midway point at the start of play, the place where tension is evenly met.  Naomi says I’m a boatbuilder and if I can put a curve in I will.  Perhaps she’s right.  When I tell people my non boat work is a development of all my work over the years with boats they often expect things to look like boats with planks and copper nails, nothing does though, I think the real beauty of boats is much more subtle than that.  I do have a fondness for curves. 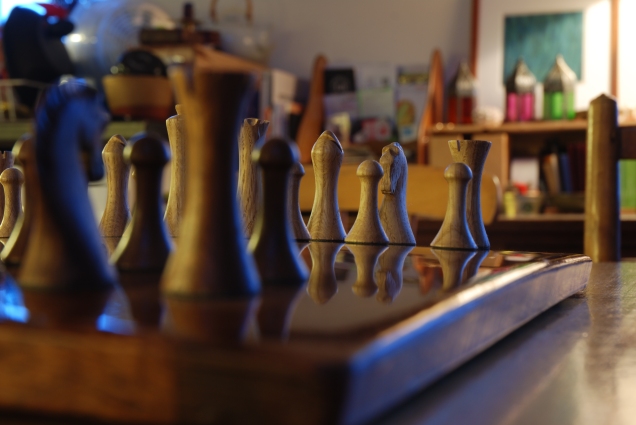 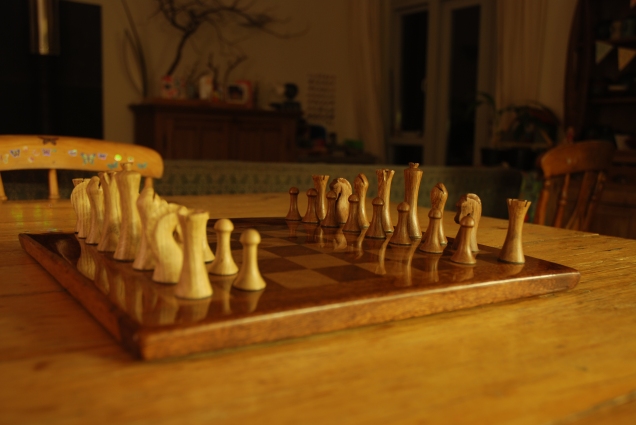 The frame is all book matched brown Oak with tool cut edges and a book matched white Oak panel rebated in the back. 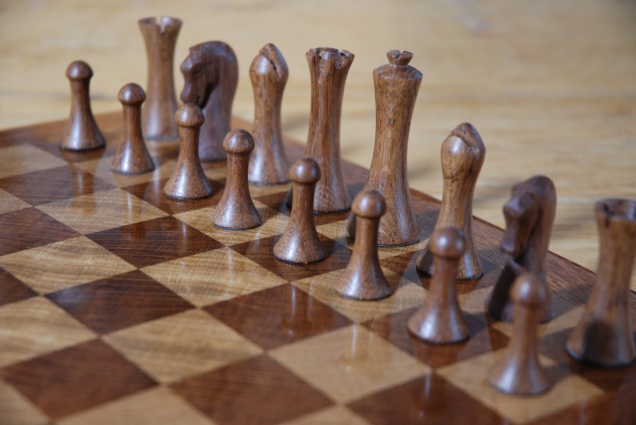 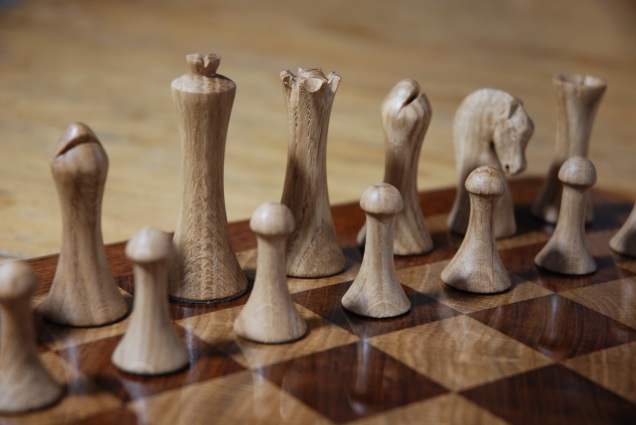 I made the board and had given little thought to the pieces, a little investigation (I’m not a chess geek) revealed a world of expectations and rules and much discussion of the minutiae of size, proportion and style.  Too much technicality for me so I made it suit my simple mind and took what I was interested in which was the recognisable traits of the characters, the essence if you like.  My aim was to find the recognition with as little unnecessary detail as possible.  The pieces are relatively long and elegant and the castles taller than usual (they always look too small to me, you are supposed to get inside them after all).  The pieces are weighted inside at the bottom and have thin leather patches so they grip well on the polished board.  I worked largely by eye with the lathe the carving and found the oak to be forgiving enough considering it is not really a great carving wood for small detail.  My lathe is old and has no whistles or bells, I like to work that way, the machine does the minimum, requiring more to come from the craftsman and therefore there is more of the craftsman in the work. 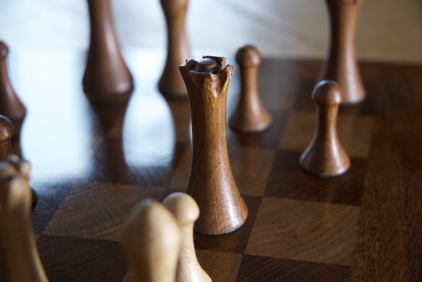 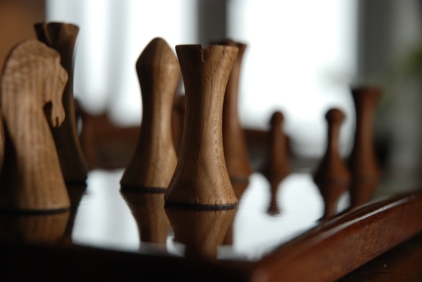 The hours in this piece were many but the satisfaction for me has been enormous, Florence loves her chess set and I hope that she would care for it in the same way that my friend did with hers and for the same reason.  I like to think that one day she would be able to pass it on down her family line and that it would exist, at least in part after I have been forgotten. 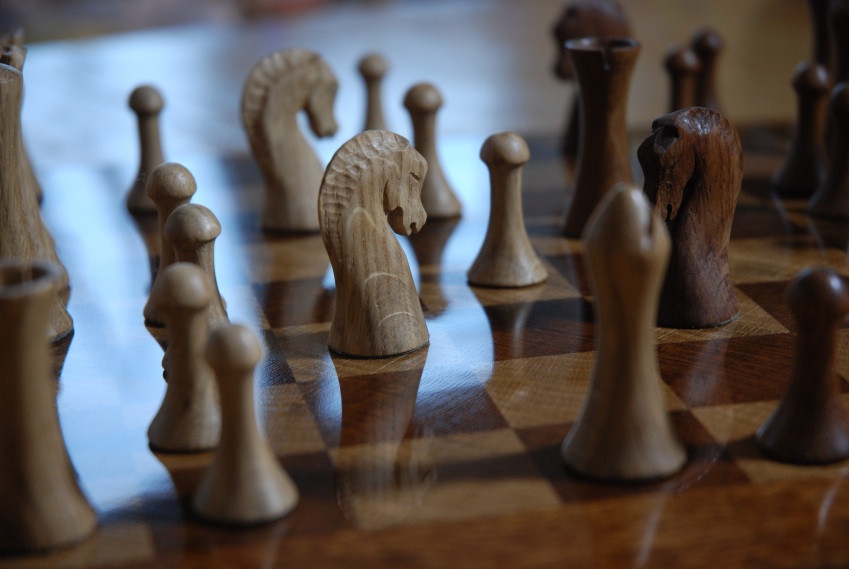 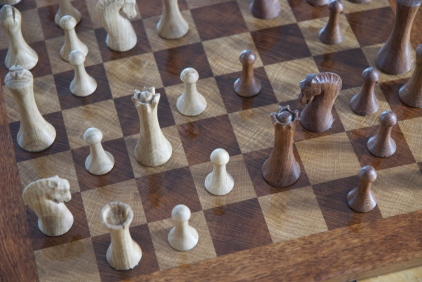 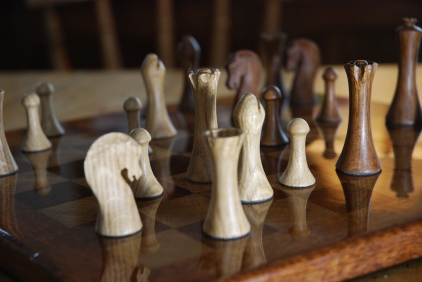 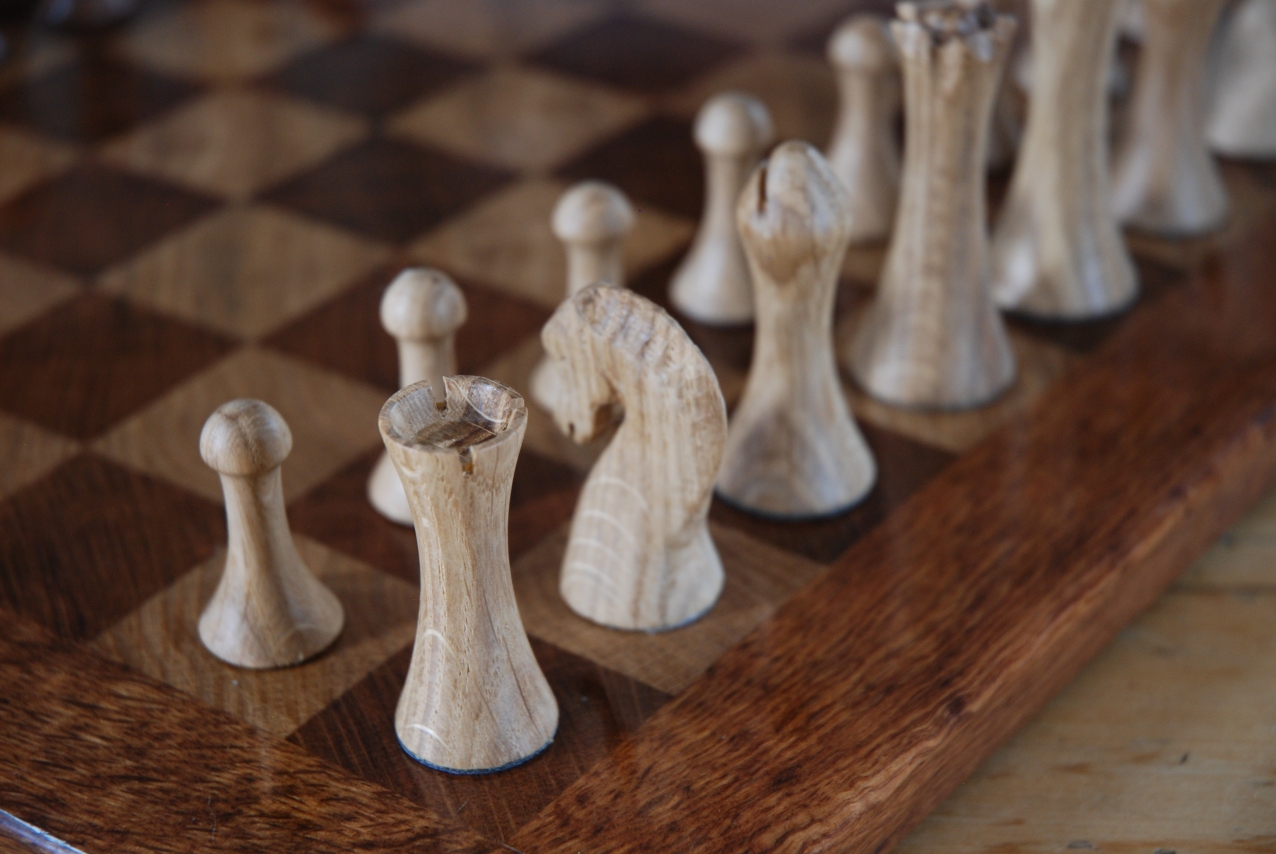